Franchising news:The good, the bad and the awful

The good news
Franchising profits are up according to the latest survey from PricewaterhouseCoopers. Franchisor profits rose an exceptional 19 percent, while franchisees showed growth about twice the rate of the Consumer Price Index. The current franchise profit levels of about six percent are set for a huge jump to just under 46 percent over the next three years, the report indicates. The bad news
The sector does face challenges, not least the funding of franch...
Continue reading
Subscribe via RSS
Tweet 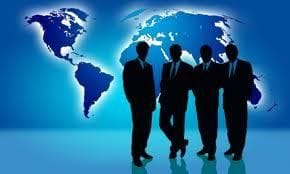 Expanding a franchised business overseas is a natural progression for many entrepreneurial franchisors. For others, it is a concept that is considered too high risk to consider. So let's explore the concept of expanding overseas. Firstly, before even considering overseas, a Franchisor needs to be confident that the franchise business model is working efficiently, effectively and profitably. A business that is not performing well in its own country is highly unlikely to perform ...
Continue reading
Subscribe via RSS
Tweet

Posted by Carolyn Dufton on 9 September 2010

Well spring is now upon us and isn't it just a beautiful time of the year? I don't know about you, but I find that at this time of the year I get a bit of spring fever! So I use this extra burst of energy for spring cleaning my business. Maybe you could do the same? So what could that entail? Throwing out those D grade clients the ones who don't pay and who don't appreciate your time and effort. Reviewing a strategy for "improving or removing&...
Continue reading
Subscribe via RSS
Tweet

The questions every franchise prospect should ask?

I see a lot of franchising prospects who are considering purchasing a franchise. In addition to seeing a lawyer and an accountant it is essential that a prospect also engages a franchising expert to review the franchise operation and  the system. Irrespective of the advice that a professional provides to the prospect, the most important and crucial recommendation we make is that the prospect should speak directly to the existing franchisees. A Franchisor is obliged under the F...
Continue reading
Subscribe via RSS
Tweet

Does your Recruitment material have "The WOW factor"?

Posted by Carolyn Dufton on 7 September 2010

In today's ultra competitive franchise market, it pays to have The Wow factor in your recruitment material. I remember speaking to a franchising prospect a few years ago and he told me that he had turned down 3 cleaning franchises purely on the low standard of their information pack. Gone are the days when you can send out a photocopied, drab information document. This information pack is often the first impression that a franchise prospect has of your company. This documen...
Continue reading
Subscribe via RSS
Tweet
< Previous | 3 | 4 | 5 | 6 | 7 | 8 | 9 | 10 | 11 | 12 | Next >

For the first time in a long time I'm excited about franchising...

Over the years I've been offered many fr...
Read More

Why buy a franchise?

It all began when I started a business which...
Read More

Is it difficult to franchise a business?

Have you ever dealt with a professional who ...
Read More

what our clients say

We wanted to let you know how much we have appreciated your guidance and wealth of knowledge !  We are so glad that we invested in your servic...
Blush Brides