Posted by Carolyn Dufton on 1 December 2011 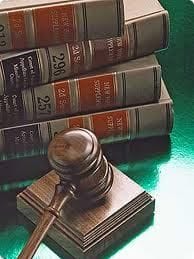 If you have not already updated your 2011 Disclosure Document and your  financial year end was 30 June you are in breach of the Franchising code of Australia. Under section 6 of the Code, franchisors must update their whole Disclosure Document within 4 months of the end of the financial year, which for most franchise systems is 31 October 2011. Key points to remember are: Any franchisee entering into an agreement after 31 October 2011, whether it be as a result of the gran...
Continue reading
Subscribe via RSS
Tweet

Posted by Carolyn Dufton on 26 August 2011
Enlightened companies acknowledge that social media is a powerful medium for conveying a message to a large number of people in a very short space of time. Social media can be used in a positive manner to convey marketing messages, or it can be used to publicly express dissatisfaction with a company or service. Recently I had a very unsatisfactory customer service experience with a local franchised business. The manager wasn't on the premises so I asked the young assistant to a...
Continue reading
Subscribe via RSS
Tweet

Franchising - The Best, The Worst and The Scary

Why I wrote The F World book The book has been "in me" for a long long time. Every client I met and every franchising story I heard provided material for the The F World book. I had reached a point where I was bursting with stories and information to share, and knew that writing a book was the outlet I needed. I had already completed a 3 part CD series for clients (Discover Your Franchising Potential) considering franchising, and this has been really well received. Th...
Continue reading
Subscribe via RSS
Tweet

Posted by Carolyn Dufton on 8 April 2011 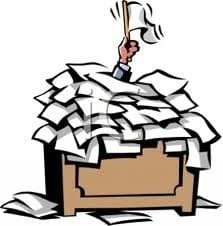 Let me tell you a story. All my friends and business associates know my interest in "all things franchising" and often share their experiences with me. One of my business friends told me an astonishing tale which as a Franchisor you really need to hear and heed. A large franchise, offering a consumer service, that advertises on an ongoing basis on TV, radio and in magazines is the subject of this story. Let's call the customer Mary. Mary had rung the local Franchi...
Continue reading
Subscribe via RSS
Tweet

Posted by Carolyn Dufton on 9 March 2011 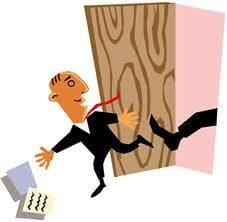 When and how to terminate a Franchisee Terminating a franchise mid- agreement is a process that should not be undertaken lightly. The disclosure document states that all terminated franchisees should be listed for the three previous financial years.
No reason for termination needs to be provided in the disclosure document, but terminations do not present well to franchise prospects. Franchise network morale needs to be considered. Is the franchisee to be terminated known by o...
Continue reading
Subscribe via RSS
Tweet
< Previous | 1 | 2 | 3 | 4 | 5 | 6 | 7 | Next >

For the first time in a long time I'm excited about franchising...

Over the years I've been offered many fr...
Read More

Why buy a franchise?

It all began when I started a business which...
Read More

Is it difficult to franchise a business?

Have you ever dealt with a professional who ...
Read More

what our clients say